Ye Xiuting’s father was the director of Fujian martial arts curator. Ye Xiuting learned boxing from Zheng Manqing when he was in the mainland because of a hole in his heart. After 1949, he was an army instructor and came to Taiwan with the Nationalist government and continued to study with Zheng Manqing in Taiwan. He originally studied Fujian boxing, but later focused on Tai Chi. In 1957, I went to Penang Jingwu Sports Association to teach boxing. I met many people who played in the gym and did not fail. One of them called the “Penang Tiger”. He failed four times in the challenge and didn’t know how to lose. Become Ye Xiuting’s first batch of disciples. In Malaysia, he not only promotes Zheng Zi’s 37 styles, but also teaches the internal skills of the iron cloth shirt and the “Lower Eighteen Positions” arranged by him, which includes some Tai Chi longquan moves that are not included in the 37 styles. He later went to Thailand to become a monk.

According to Lee Bei Lei (Lee Bei Lei), a student who took care of his daily life at his home and learned boxing by the way, he never refused visitors to try his hand. He said that he would study for eight hours a day for three months. Ye Xiuting He kept beating him until his whole body was so painful that he couldn’t squat down. It seemed that Ye Xiu Ting’s hand was only gently waved, but he was hurt very badly. Ye Xiu Ting loves a special kind of bread. He wants to go out at five o’clock every day to help the teacher. Buy bread.

Ye Xiuting will meditate and practice Paida and Qigong every day, and then continue to meditate. The meditation methods include sitting, standing and lying down. Once a Shaolin boxer came to challenge him, Ye Xiuting asked him to fight on his behalf, and told him, you just need to step in. The boxer started kicking him, and he did what the teacher said, but the boxer was sent far away. He said that Ye Xiuting was actually thin and thin. At first he didn’t believe that Ye Xiuting could beat him, but he was beaten up and became a student of Ye Xiuting.

According to another master Ho An San, who is well-known for learning pushing hands with Ye Xiuting, Ye Xiuting’s body will always move, but he does not pick up your power. Ye Xiuting is very sensitive and strong in listening. He will wait for the opponent to attack first, and then let the person fail. Some teachers, such as Lu Tongbao (who enlightened Ye Xiuting students and then learned from Zheng Manqing), would take the initiative to let the opponent out of balance and send again, which is somewhat different. 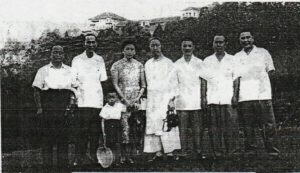 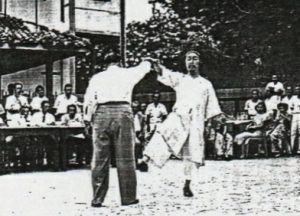 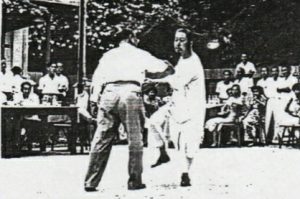